The History of White Cap 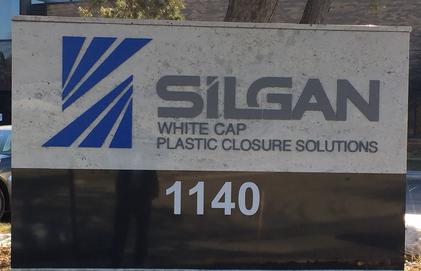 Continuous innovation, constant growth and global expansion are all part of the history of White Cap, Inc. From a production capacity of one million closures in the first year of operation, White Cap now produces billions of closures annually, making it the world leader in the manufacturing of vacuum closures.

William P. White and his two brothers, George and Philip, formed the White Cap Company in 1926. They operated from an old box factory on Goose Island in Chicago, Illinois. White Cap entered the market with a single product - the ''Side-seal'' pry-off closure. In 1929, White Cap developed the ''Vapor vacuum®” high-speed sealing process, allowing packages to be sealed at speeds of 100 jars per minute and, in turn, revolutionize the food industry.

As the 1930s approached, White Cap continued to grow. New types of closures, increased sales and greater demands on production dictated the need for a new factory. In 1932, they moved to 1819 North Major Avenue, Chicago. During this time, White Cap also signed its first overseas license agreement with Wallace Tin Stamping in England.

The 1940s brought expansion as well as more changes for White Cap. White Cap and H.J. Heinz Company began making and distributing lid-flippers for removing crown-style and snap-on vacuum closures. While World War II put a halt to this project, the war limited the use of metal, forcing food packers to switch from cans to glass, thus increasing the demand for closures. As a result White Cap's employment increased from 200 to 1,100 employees.

Innovation flourished at White Cap during the l950s. The new “Twist-Off®” lug closure was introduced – the first such closure that did not require a tool for removal. In addition, the safety button, glass unscramblers and glass cleaners were developed. White Cap expanded into West Germany. In 1956, through an exchange of stock, Continental Can Company acquired White Cap Company and changed the name to Continental White Cap.

The 1960s saw further international expansion, linking England and West Germany with Holland, France, Spain, Italy, Canada, Japan and Mexico in a worldwide licensed manufacturing network. In addition, two more plants were built: one in Hayward, California, and the other in Hazleton, Pennsylvania. During this decade, the new “Deep Snap-Reseal” closure replaced the original “Snap-Reseal” closure; a totally new closure for baby food, the “P-T™'” closure was introduced; and a “Vapor-Vacuum” capping machine was introduced that could seal closure at 1,500 jars a minute.

International operations reached Australia, Israel, Poland and the USSR during the 1970s. Continental White Cap entered the non-metal closure business with plastic “child-resistant” closures and also introduced a metal and plastic closure for peanuts. A new (40mm) deep skirt “P-T” closure was introduced that led the baby juice market to the exclusive use of glass instead of cans.

During the 1980s, Continental White Cap celebrated its 60th anniversary and the 50th anniversary of the licensee programs. Domestic and International operations continued to expand. A new Research & Development facility, the world's largest laboratory exclusively for closure development, was opened in Downer Grove, IL. Continental White Cap opened a plastics facility in Champaign, Illinois; the first of its kind in the world devoted to manufacturing all-plastic vacuum holding closures and with that in 1986 they introduced the first (43mm) all-plastic vacuum holding closure for use on hot fill PET (64 oz.) containers. They also opened licensee and sales operations in Korea, Colombia, Pakistan, Morocco and Sri Lanka. In 1984, Continental Can Company was acquired by Peter Kiewit & Sons and became a Kiewit Company.

During the 1990s, White Cap went through a series of management changes and an ownership change. In August 1991, Continental White Cap was acquired by Continental Can Europe USA Holdings, Inc. (CCE U.S.). CCE U.S. was a wholly owned subsidiary of one of Europe's largest packaging companies, Schmalbach-Lubeca AG. Schmalbach-Lubeca AG, a $2.2 billion company, specialized in aluminum, tinplate and plastics packaging. Schmalbach-Lubeca AG began trading under the name of Continental Can Europe in 1992, and White Cap was one of six divisions. White Cap opened a new plant in Mexico in 1996. Due to a change in our product mix and our customer base, White Cap closed its Hayward, California plant in 1997 and opened a second plastics plant in Athens, Georgia in 1998.  Also in 1998 White Cap introduced the first (63mm) all-plastic vacuum holding closure for use on Widemouth PET containers for hot filled food products.  In 1999 White Cap introduced its first closures (38mm) manufactured using compression molding technology.

During the 2000’s White Cap again went through a series of ownership changes. In 2001 Schmalbach-Lubeca formed a joint venture with Silgan Holdings to create White Cap, LLC.  In 2002 Amcor Ltd. Of Australia purchased Schmalbach-Lubeca's PET business as well as the White Cap closure business. In 2003 Silgan Holdings turned around and purchased Amcor Limited’s portion of White Cap, LLC and changed the name to Silgan Closures LLC.

With increased pressure to maintain economic competitiveness in the market place, the decision was made to close the Chicago manufacturing plant and concentrate the metal closure business in the Hazleton, PA, Evansville, IN and Richmond, IN locations.

In 2006 Silgan Holdings purchased Amcor White Cap Europe/Asia and changed the business names to Silgan White Cap® Americas and Silgan White Cap® Europe/Asia.  In spite of the ownership changes White Cap continued to make advances in closure technology.  In 2000 “improved” TPE barrier liners were introduced as well as its first “linerless” closure under license from Bericap.  In 2001 the (63mm) metal and plastic composite closure was introduced for use on both glass and plastic containers.  In 2003 the 43mm Ultima® steamless plastic closure was introduced on Gatorade.  In 2004 the first ever non-round all-plastic vacuum holding closure (VOS) was introduced in partnership with Ocean Spray Cranberries, Inc. In 2005 a second linerless closure design was introduced into the market (36mm VLP).  As we approach the end of the first decade in the 2000’s we find that plastic closures have begun to outsell metal closures as food and beverage containers convert from glass to plastic.  White Cap has positioned itself very well both from a management standpoint and a technical standpoint to maintain its leadership role in the field of vacuum holding closures now as a global company.

In an effort to expand its presence in the Dairy and Water markets, in 2010 Silgan White Cap acquired the Ipec Dairy Closure business and in 2013 they acquired the Portola Company. These two companies were combined to create Silgan Plastic Closure Solutions (SPCS). Both SPCS and SWC are now under Silgan Closures and continue to be located in Downers Grove, IL.
Type your paragraph here.